Agosi Products
for industry and craft

Agosi is part of Umicore

Agosi Paris
our office in France

125 years of company history were illustrated at the Agosi stand as the company is celebrating its special anniversary throughout 2016. Short video clips summarized the development of the Pforzheim refinery and manufacturer of precious metals products. Guests were welcomed to join in the festivity and were offered soft drink cocktails at the Agosi bar. 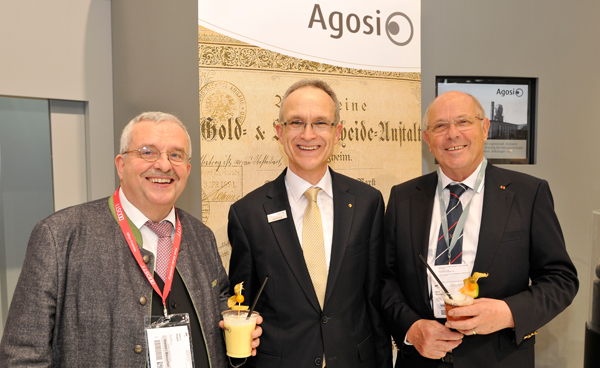 For 2016, Agosi registered a considerable increase in visitor numbers: +39 % compared to the total number of guests at the Agosi stand in the previous year. Agosi provides the ideal closed-loop programme for goldsmiths and jewellers’ workshops. Its services comprise refining, semi-finished precious metals products and near-end products like ring blanks, innovative materials of the Agosi Bicolor collection and the long-standing cooperation with DOMINO, Europe‘s most comprehensive selection of settings, ring shanks and other important components for the jewellery industry.

Agosi will also be part of next year’s Inhorgenta, therefore:
Please save the date February 18 – 21, 2017!
Looking forward to meeting you there! 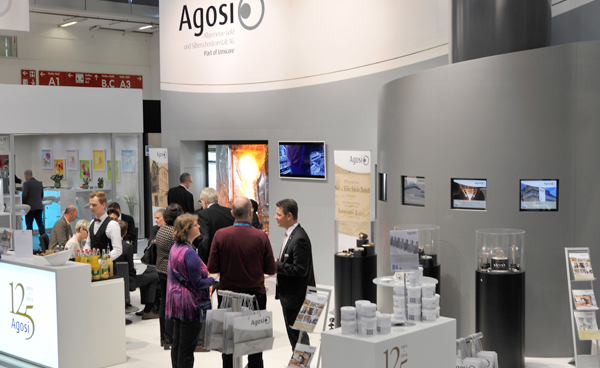