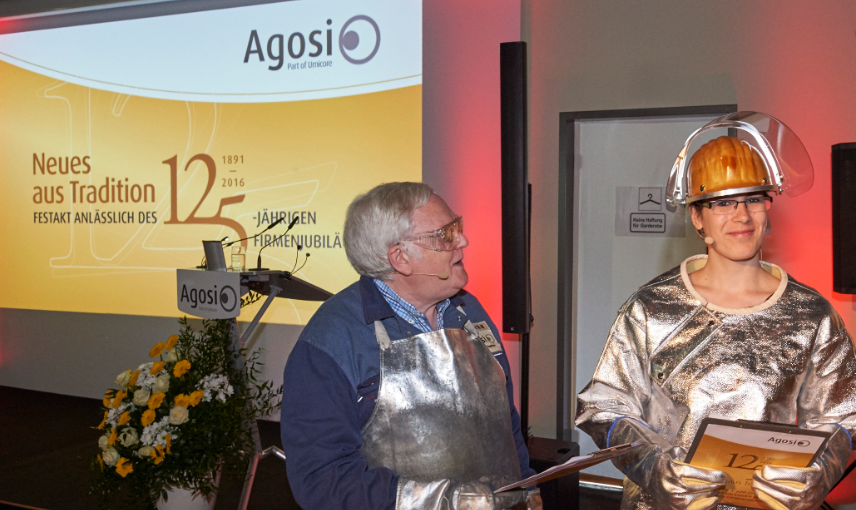 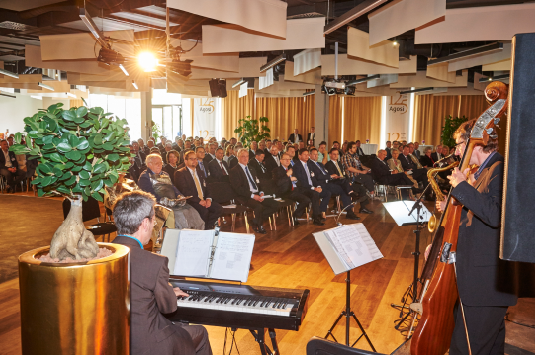 On June 3, 2016, Agosi welcomed numerous guests to celebrate its 125th anniversary. In view of many long-standing partnerships and cooperations, representatives of the local economy and politics, as well as customers and business partners had assembled to congratulate the management and staff of Agosi on this special occasion. The day was highlighted by company tours for several groups of guests that showed the company’s diversity of processes, from the archaic melting furnaces to most sophisticated production methods for extremely thin sheets and foils made of precious metals alloys. The guests also had the opportunity to try a bit of weight-lifting with a 12.5 kg fine gold bar, currently representing an approximate value of 450,000 EUR.

Agosi is a well-regarded employer in the Pforzheim region, with a staff of 400 at this site. In 2003, the Belgian Umicore became major share holder of Agosi. Its guiding principle “materials for a better life” mirrors Agosi’s own business strategy. Within the Umicore group, Agosi is responsible for the business unit “Jewellery & Industrial Metals” with 800 employees all over the world. For Umicore, the closed loop concept for precious metals is a successful and ideal design for efficient recycling. www.umicore.com

>> Press release with a summary of Agosi’s history